What Judges Want: Designing an A Cappella Competition Set 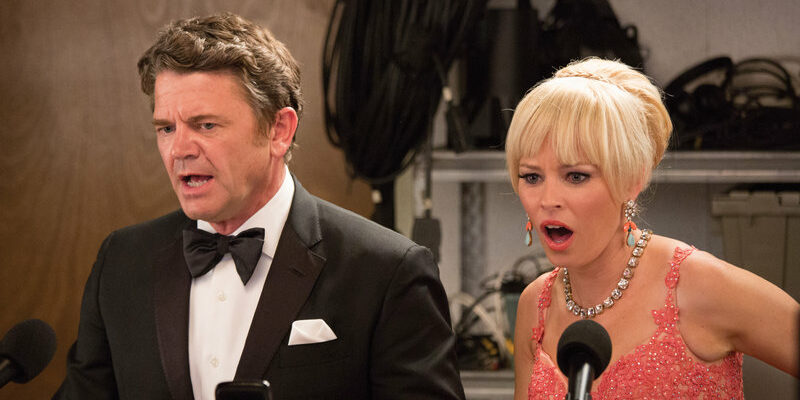 What does it take to win an a cappella competition? Whether you’re competing regionally, nationally, or internationally, successfully combining musicality and staging and emotion AND so much more is no easy feat. So we interviewed several veteran judges to help you learn the best ways to prepare for a performance that earns both audience approval and high marks from the judges. Our judges are:

Candice Helfand-Rogers: Writer and a cappella performer in NYC.

For you personally, what is the most important aspect of a competition set?

Bill Hare: For me it comes down to musicality, first and foremost. I don’t need to see the most cutting-edge performance, nor care so much if it’s the hundredth time I’ve heard that song in a competition, if the basic building blocks of natural musicianship aren’t there, I’ll lose interest fairly quickly. Groups try too hard to impress with flash before working on subtle sonic texturing, actually connecting with a lyric, etc.

Danny Alan: I’ve seen and heard some incredibly sung sets with no passion. I’ve seen and heard wonderfully performed sets that couldn’t find a tonal center. I’ve witnessed sets that were musically and choreographically impeccable but were so emotionally affected that the panel couldn’t get past it. So I know this is a roundabout answer, but each aspect holds equal importance towards the whole, and I try to find positives in as many aspects as I can in an attempt to give the group notes to improve their performances in the future.  All that being said, if I had to choose one at gunpoint, I’d say singing in tune as a group, lol.

Ed Boyer: Whether the audience feels something from the singing.

Erin Hackel: Originality and excellent musicianship. I’ve been judging and attending competitions for over ten years now, and I’ve really marveled at how collegiate a cappella moves in pretty quick cycles. If one group has overwhelming success, others will be following and imitating that particular model by the next competition cycle. It’s strange to me, like putting on a well done mask. If you can put something on stage that is truly innovative, really representative of your group, AND musically excellent, that’s what I’m interested in.

Candice Helfand-Rogers: The music! Perhaps that seems very obvious, but I so often see choreo/staging getting in the way of musical basics/necessities like tuning and blend. I almost always encourage tossing out that cool, tricky formation in favor of a tighter stance that lets group members hear, and as such lock into, one another.

Amanda Roeder: There are so many elements that a judge has to evaluate (although the AEA rubric is designed so that each judge can focus on fewer elements at one time)…but I will say, broadly, that it’s important for every element of the set to be intentional, and for every individual to be clear in their intention.

You can access the AEA rubric and see how the judges score every group in three detailed categories by becoming a member today!

What performance trends, habits, or clichés are you tired of?

BH: What makes me most tired about American A Cappella in general is the Clear-Channel-like sameness from one group to another. It’s like auditioning wedding bands – if you look at 20 groups, sometimes the only way you can tell them apart is by their costumes… when my European friends see an American collegiate competition, they scratch their head a bit, trying to figure out what we love about it all.

DA: I would really love to see more joy, hope, and fun in competition sets. There has been a trend (most likely fueled by other groups’ success in competition) towards pensive, emotionally heavy sets. 3 straight songs of emotionally charged pieces, multiplied throughout a night of performances, is really draining and tough to sit through. Especially when it feels like they are doing it for the sake of implied maturity and/or world weariness. Angst doesn’t always translate to maturity and/or emotional connectedness. It is also really hard to do at 18-22 without it feeling showy or acted or false. Not saying it can’t be done, I’ve witnessed some incredibly executed, emotionally connected performances by collegiate groups, but it’s not easy, and I wish more directors would guide groups towards their strengths and not towards what they feel has gotten other groups scores.

EH: The audience’s pavlovian response to any high belt note, regardless of quality of singing. The high belt note as climax of a song…let’s have some different voices valued, please. Angst, sturm und drang; look, you just walked out on stage. Give us a minute to get to know you. The olive/taupe/black/white clothing trend; you’re blending into the backdrop. Overt sexuality and clothing that makes you look uncomfortable. Guess what? I’m uncomfortable, too. The overuse of the “pop star hand” as a replacement for real expression. Stop waving your hand around.

CHR: I’m not necessarily tired of any of them. But at times it feels as though groups are attempting to do or be things that aren’t true to who they are. The tight jazz ensemble needn’t physically fill the stage with choreo. The large, upbeat ensemble doesn’t have to have the quiet middle song full of cluster chords. There’s a certain formula and feel to sets, and on many levels I understand the appeal of that flow – especially when you’re trying to show off as much of what you can do as possible. But I would urge groups to instead think about who they are, and what collectively inspires them, and to build a set around that.

AR: One performance trend that I find tiresome is overly busy choreography that lacks a sense of purpose. I’m not a fan of movement for movement’s sake – I like to see movement that supports what’s happening in the music.

What would make you happy if you saw it in a performance set at your next competition?

BH: What would make me most happy as a judge would be seeing the groups NOT trying to impress ME, but instead do a meaningful performance for themselves. Everything is so outward, even in the ever-present Emo songs, very seldom do I feel that THEY are feeling anything in these performances. I have seen that they can, especially when the show is just for themselves – a dorm show, spring concert, etc, but competition has become such an overwhelming factor in the mission of some of these groups that they become mercenaries of sorts when it comes to these particular sets.

DA: It’s ok to do upbeat and fun songs! As a matter of fact, I feel the audience is longing for it. Not every arrangement needs to be full of indie folk songs about love and loss.

EB: A group that breaks the fourth wall.

EH: Something really thoughtful, unique and very well sung. And please don’t yell at me up there, it’s the easy way out. Take risks but be accountable to your group, your voice, and your brand!

CHR: Demonstrated work on vowels and shaping/dynamics, and clear emotional intent on every performer’s face. When you know what you’re singing about, and work with others to do so in as sensitive and musical a way as possible … that’s powerful stuff.

AR: A purposefully crafted performance in which everyone is on board with the message they are sending. When a performance inspires a genuine emotional response, it’s more likely to stick in my memory.

Is there an a cappella-related topic you want to learn about from our experts? Contact us today at addison.horner@acappellaeducators.com!

If you want to connect with a cappella experts and enthusiasts from across the world, put the National A Cappella Convention on your calendar. You can access masterclasses, performances, competitions, seminars, and more! The next convention is in Orlando, FL in Spring 2021.

Do you want free arrangements, expert advice, and access to professional a cappella events? You can have all of that and more by becoming a member of the A Cappella Education Association. Join us today and help shape the future of a cappella.